2 Times ejection mechanism, in short, can be divided into the following three categories:.

In the second stage, the ejection is operated by the ejector plate, and the ejector pin is used to eject the product from the die hole. 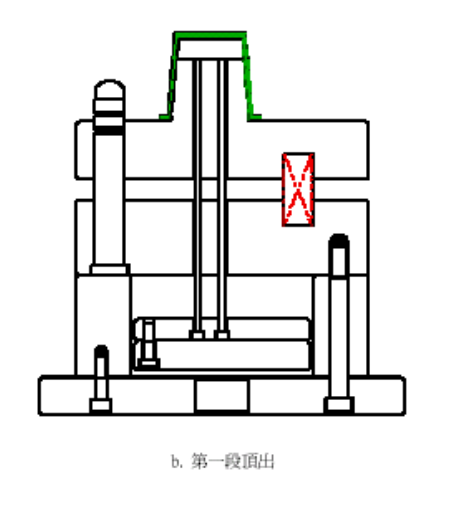 2 Times ejection with spring is the simplest method in die structure, and there are few parts requiring extra processing. However, the weakness of spring (elastic fatigue) is also the weakness of this ejection method. Whether the spring can move smoothly and check the ejection travel of the first ejection are the safety measures to avoid the failure of the die mechanism.

There are several kinds of deformations in the pop-up 2 Times ejection of male and female formwork.

1. Replace the spring-driven template with the spring-driven "top-in-out" template.
As shown in the figure above, the whole template is driven by a spring. In practical application, according to the shape of the product, it can be changed to push the jack in and out. For example, the following figure can reduce the weight to be overcome each time the spring is pushed, and increase the life of the spring. 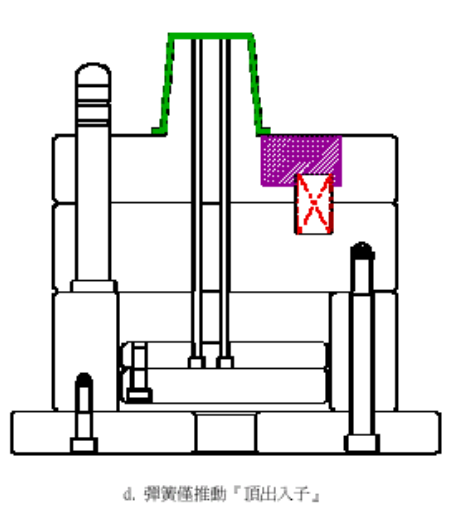 2. If the first jacking stroke does not need to be very long, it is also a feasible method to replace the spring with superior glue.  Youli rubber is a kind of foamed material made of artificial rubber, its compression ratio is not high, about 1/3; unlike coil springs, the compression ratio can reach 1/2. The hardness of the spring is similar to that of the pneumatic spring. The harder the pressure is, the harder the spring will be, but the harder it will be in a shorter journey. Its fatigue strength is not as good as that of coil spring, but it can be maintained for a long time with moderate lubrication. The trouble with Ultra Glue is that it is very sensitive to temperature. It hardens at low temperatures and softens at high temperatures. Users must pay special attention to their service life in use, and remember to check and replace the defective materials when maintaining the mold.

lthough the spring can be used to eject the stripper after opening the die, the force of the spring is not enough for the large die base. Therefore, there are other agencies to deal with such problems. This kind of organization, which we call Tension Links, is shown below. 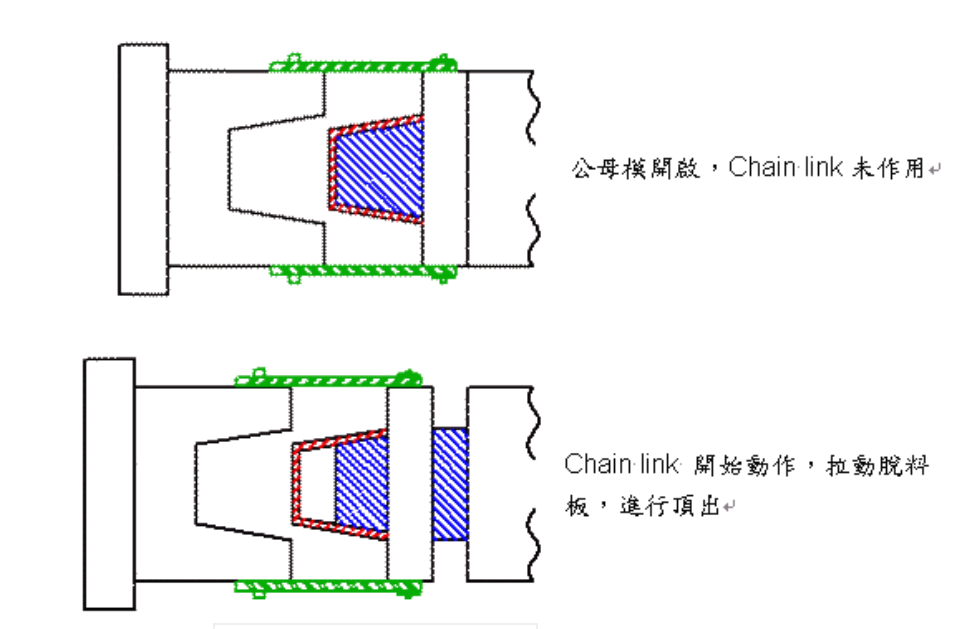 2 Times ejection can also be accomplished by changing the ejector pin. 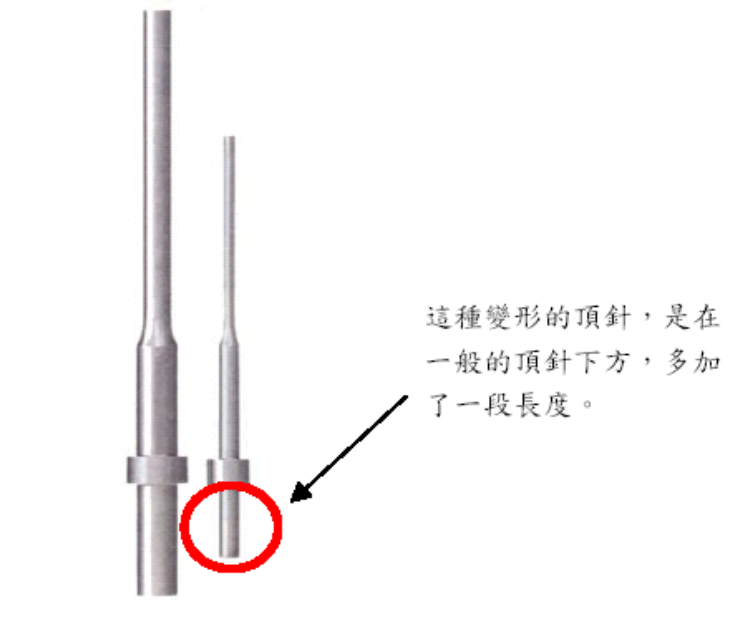 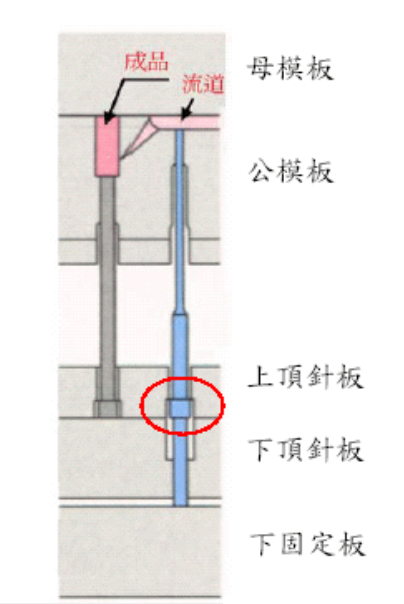 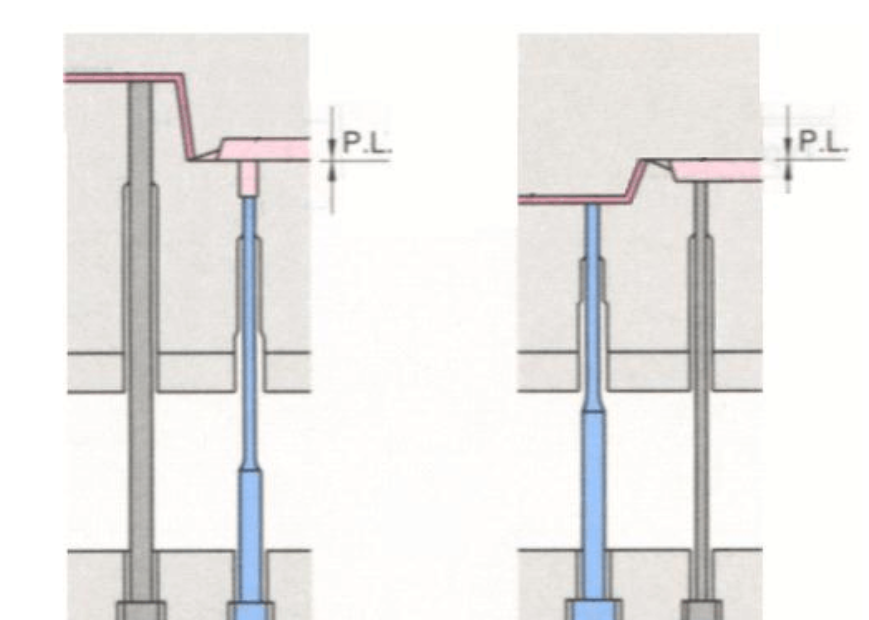 Of course, this ejection is not only used near the gate. Since the starting position of the second ejection stroke can be achieved only by changing the columnar length below the ejector pin, and the cost of die making is relatively low, this ejection method is also suitable for the deep box ejection mentioned earlier.

As per carte mold structure design will also use this kind 2 Times ejection.

This is the 2 Times mechanism Design.  After the first time slider eject, the slanted roof is fixed. The stripper plate continues to eject 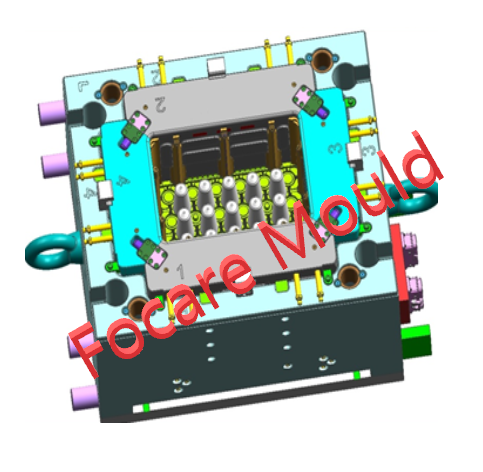 This is a beer box

The main technical point is :

(2)   Four inclined tops of the core (the oblique top waterway needs to be made straight through, and the U-shaped waterway cooling effect is not good)

(3)   When the product is ejected, it is necessary to use a cylinder. The cylinder pushes the stripper out, drives the core to slant the top, and finally pushes the product out of the core. 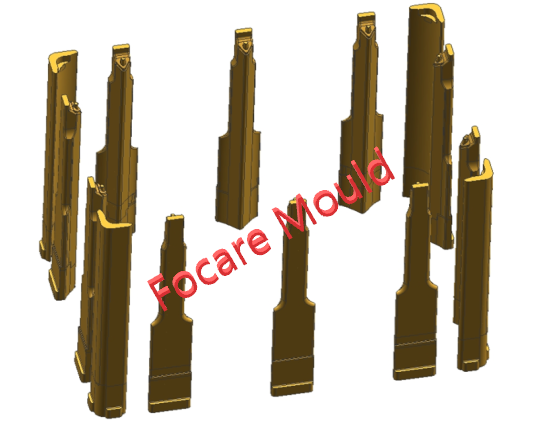 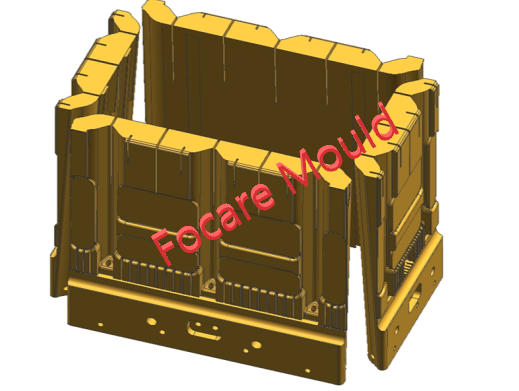 Please feel free to give your inquiry in the form below. We will reply you in 24 hours.